The Heritage: The Heritage Course will be OPEN this morning, There is one temp (8th) in play that has not fully thawed yet. Buggies are not available, please carry if possible. Thanks for your patience.
Practice Range: The Driving Range is now Open.
Academy 6 Hole: The Academy course will be Open today, please be aware that certain areas remain wet and unstable. 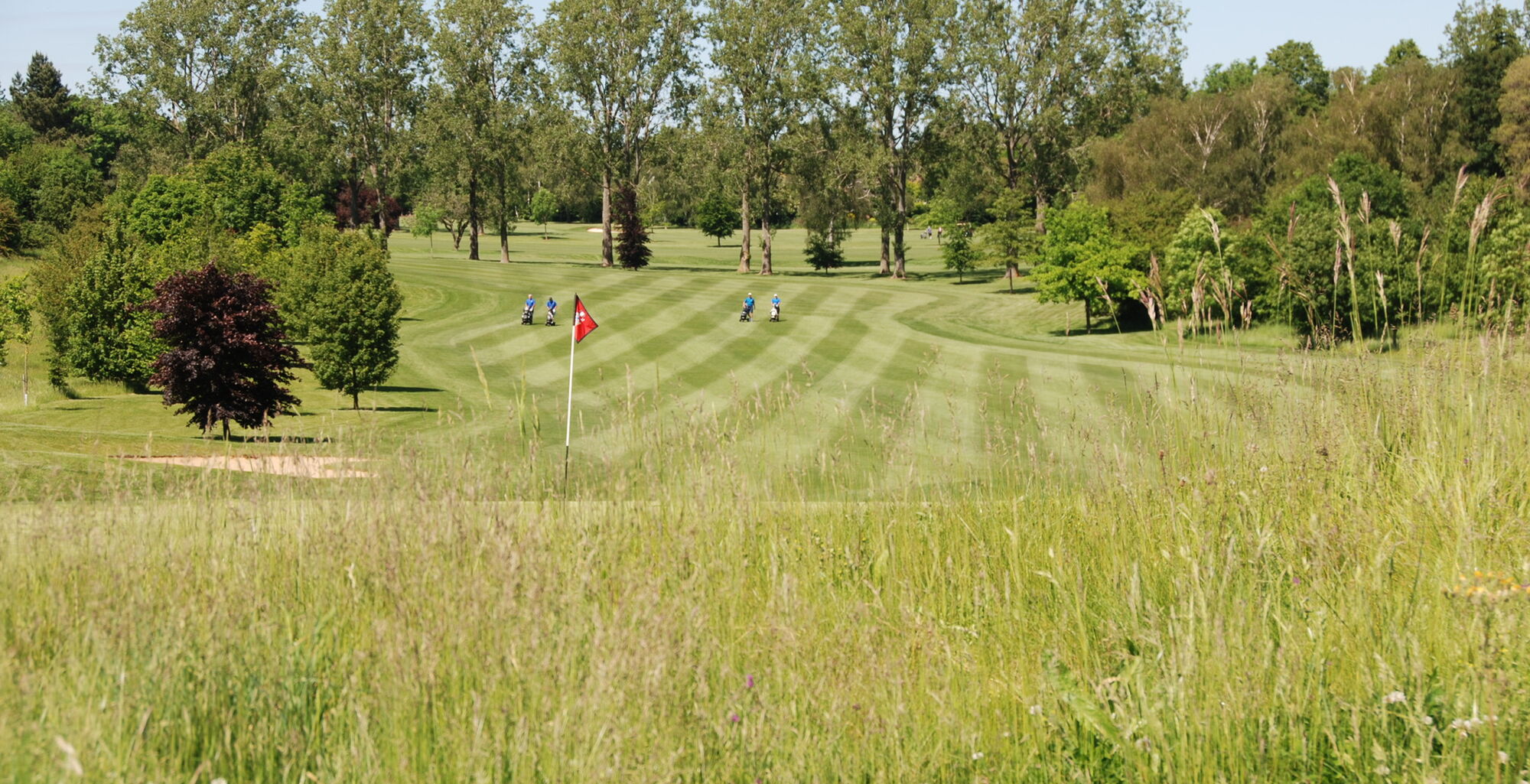 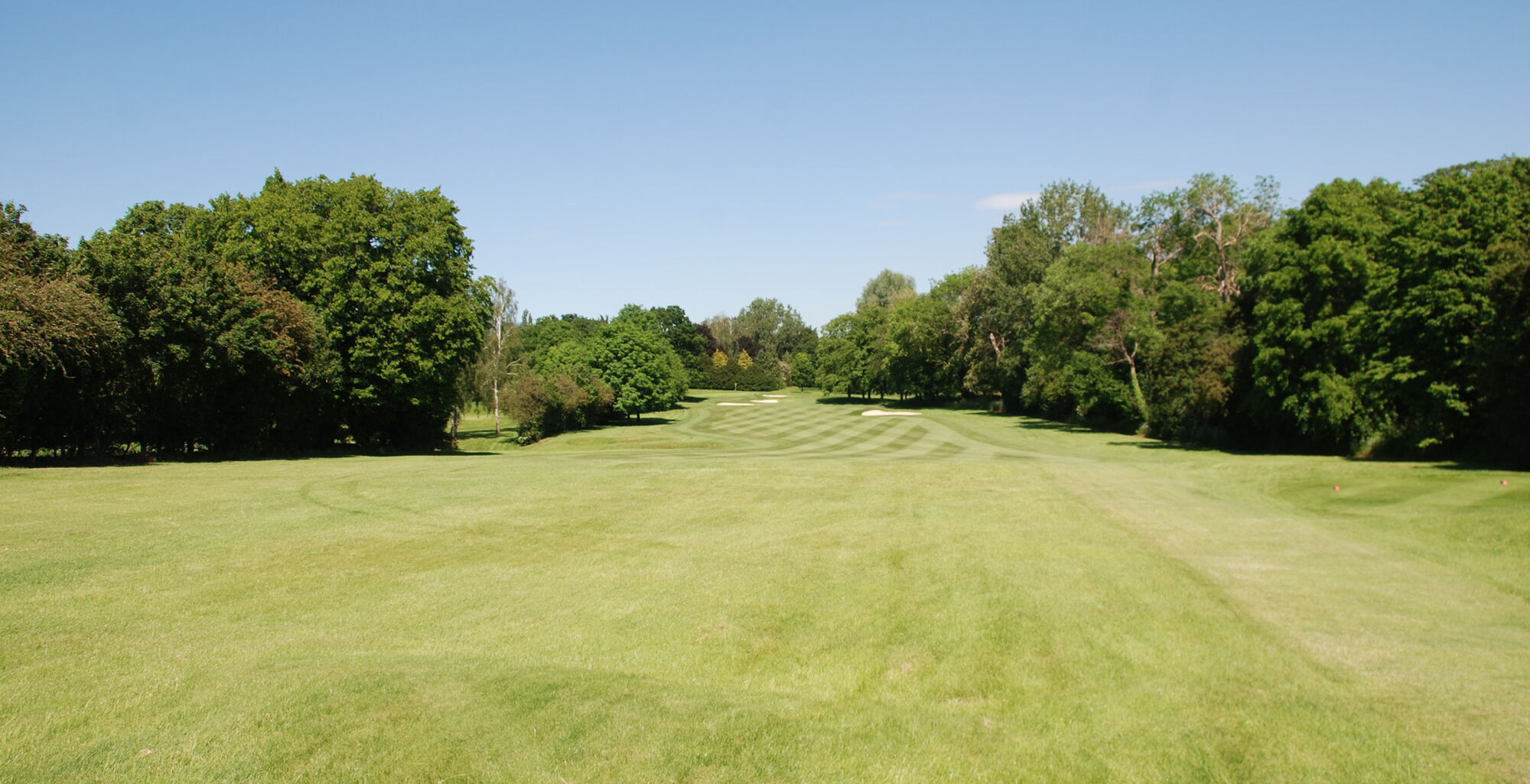 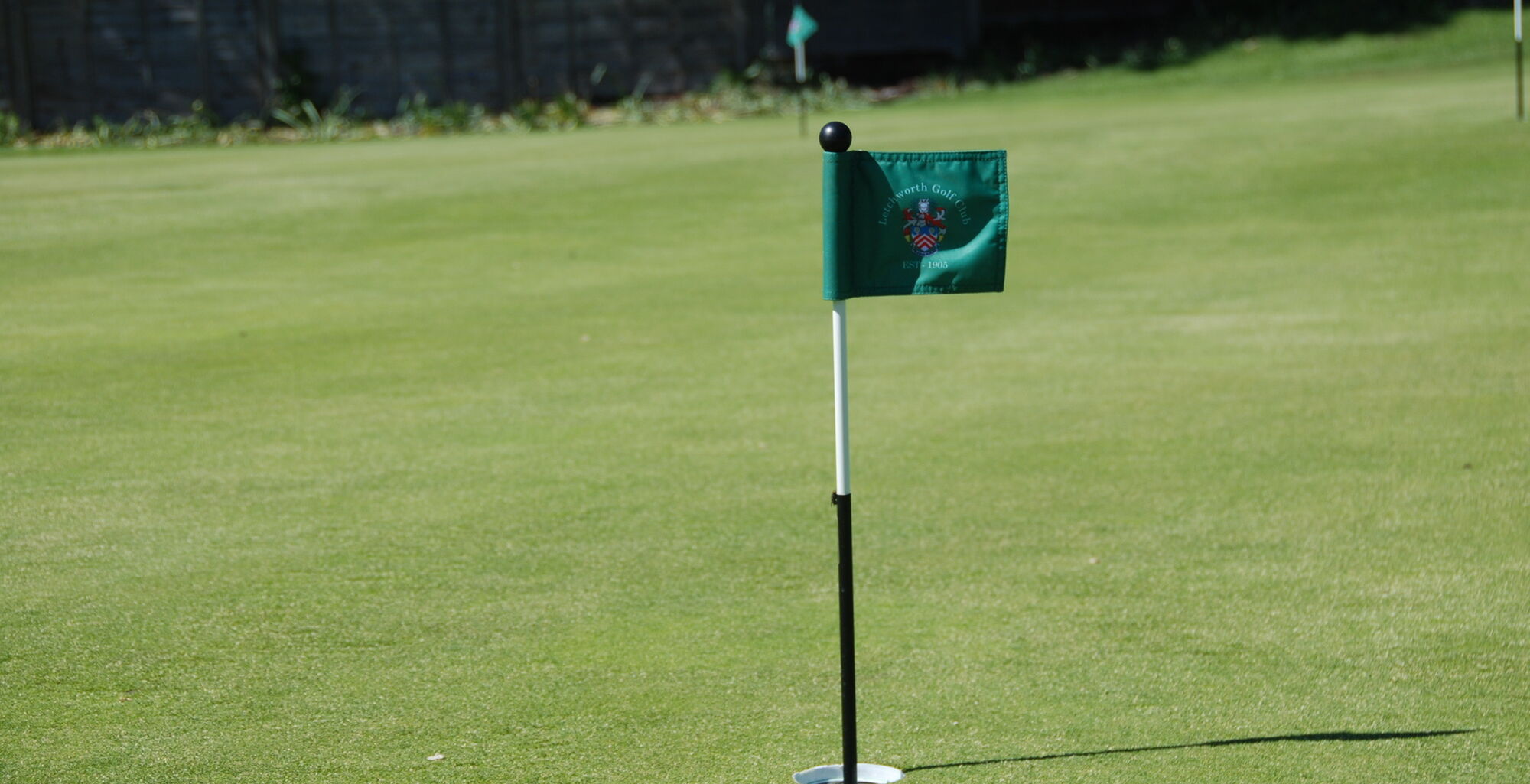 Supporting the development of junior golfers at Letchworth GC

Within the heart of Letchworth Golf Club exists an independent Golf Foundation whose sole aim is to open opportunities for all our youngsters and their development in the game. Named after a former club president, Mike Amos, who gave so much to county and junior golf, the Mike Amos Letchworth Golf Foundation (MALGF) is supported by the club, its members, and local companies who give generously to its fundraising activities. This funding contributes towards mentoring, coaching, competition and event entry fees, travel, and subsistence of juniors of all ages and skill levels as they progress forward as juniors and on towards the senior ranks.

MALGF was formed 15 years ago by former club captain John Cole. Since John’s passing, MALGF is chaired by another former club captain and past president, Tony Parker. Alongside Tony as Trustees of the Foundation are LGC Club members,  Paul Shadbolt, Stuart Guyton, Charles McKay, Tracey Culliford and Peter Richardson.

Through its trustees, MALGF works closely with Letchworth Golf Club, its PGA Professional and specifically the junior section of the club in identifying and targeting financial support for the engagement, development, and recognition of young members at all levels of junior golf. MALGF has built sustainable financial reserves to significantly contribute to the LGC junior section. Our finances are raised from the ‘John Cole Memorial Golf Day’ held annually in May at Letchworth Golf Club. The Club itself provides MALGF with full access to the golf course. This enables the Foundation to run an 18-hole golf competition for twenty-four teams of four. The day’s golf is followed by a dinner, raffle, and auction. MALGF receives fantastic support from local business and LGC members, with all this activity providing the revenue for the Foundation to then invest back into junior golf at LGC.

The MALGF support model has evolved over the last 15 years and has resulted in the following definitions of Elite, Core and Starters within the LGC junior section.

o   Elite junior golfers, selected by MALGF, are given playing budgets or expense ceilings. These budgets cover County, National and Open competitions, and events. ‘Elite’ is usually defined as 2 or lower playing handicap.

o   Core junior golfers supported by MALGF are recommended by the junior section and there is usually a parental contribution towards Coaching, Inter-club and County/Open tournaments and events.

o   Claimants (for MALGF funding) be they Elite or Core juniors must always get clearance from MALGF before entering competitions and incurring costs. MALGF recognises that playing tournament golf is a key stage of a junior’s development. Our funding criteria would normally be set on encouraging entry to Open or County competitions and, as the junior(s) progresses, later to regional or high profile ‘named’ competitions.

o   New Starters to golf at LGC receive support with extensive Coaching and Development programmes, funded by MALGF and LGC and delivered by the PGA Professionals at Letchworth Golf Club. MALGF is also highly active financially in supporting local initiatives such as the North Herts Schools Golf Project. Please read on for further information and details.

o   MALGF sets itself the annual goal of financially re-investing what it raises through the John Cole Memorial Golf Day, into the junior golfers at Letchworth Golf Club. Our resources are extensive but not unlimited hence the essential need, whether an Elite, Core, or new Starter, for early engagement with the MALGF.

Junior golfers at Letchworth Golf Club have all benefitted from MALGF in some way since its inception 15 years ago. Three of the most successful of recent times are Robert Holden, Jack Slater, and Laurie Owen. Laurie, who was a past Junior Champion, Men’s Club Champion twice in 2011 and 2015 and who has recently relinquished his Pro license to return to amateur status, said this about the Foundation: “The Mike Amos Golf Foundation helped me massively during my amateur career and I can’t thank them enough for the support they gave to me.”

Please click on the link below to read Laurie’s profile and learn about his golfing journey from joining LGC in 2001.

Robert started his junior membership aged nine in 2010. Jack joined Letchworth in 2014. Both Robert and Jack, like Laurie, are still members and they too have benefitted from support and investment from MALGF. More importantly, both have enjoyed playing success in 2022. As well as winning the 2022 Men’s Club Championship at LGC (for the second year running), Robert also won the inaugural English U25 Amateur Strokeplay Championship, held at Woburn Golf Club. Jack, who was Men’s Club Champion in 2018 has been competing on this seasons PGA Europro tour. His highlight was finishing runner-up on the PGA event at Mannings Heath. Jack recorded scores of 65, 68 & 69 for a remarkable finishing total of -14 under par.

To learn more about both Robert and Jack’s journeys, please click on the links below:

Robert and Jack are at the pinnacle of their junior golf at LGC and MALGF is proud to have been part of their journey. But MALGF, as previously stated, is not just about Elite level golfers such as Laurie, Robert, and Jack. It also funds specific junior events throughout the golfing season starting with the annual Easter Egg competition, which is always a popular event. These events are open to all junior players at LGC.

Most recently MALGF has been active with the development and financing of the North Herts Schools Golf Project. This currently centres on 6 schools in the North Herts area who have adopted golf at LGC as part of their PE curriculum. This year has seen over 450 children being introduced to golf for the first time through the project. More local schools expect to enrol onto the project in early 2023. This will coincide with the launch of the joint LGC/MALGF Junior Golf Scholarship Programme. The Scholarship Programme is centred on investment in golf coaching at both a Starter and Core level. The coaching programme is led by the PGA professionals at LGC, funded by MALGF and supported by LGC. The aim is to attract, develop and retain junior golfers of all abilities as either Academy or Heritage members here at Letchworth Golf Club.

Golf is such an excellent sport to enhance the well-being of young people in the community with its unique combination of discipline, fitness and social interaction, and the partnership between the Mike Amos Letchworth Golf Foundation and Letchworth Golf Club is certainly playing its part in promoting this. 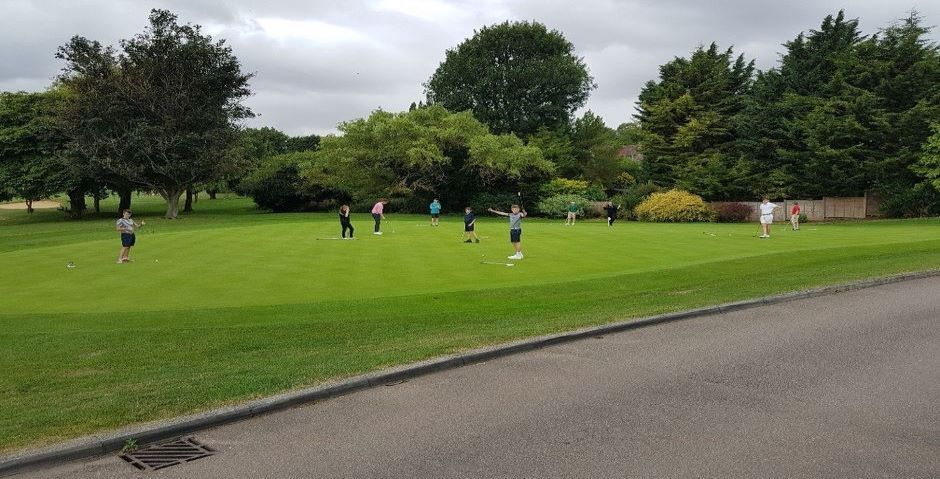 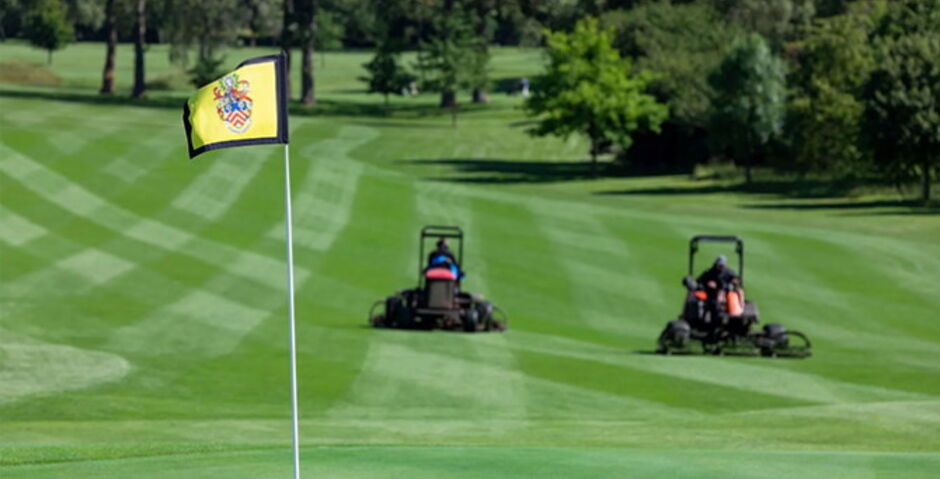